Many cat owners experience their cat always begging for food even though they get fed the right amount throughout the day, and there can be several reasons why they do this. This behavior, or rather condition known as polyphagia can be frustrating for the owner because, to be honest, this is not a natural behavior when you think of cats in the wild, they hunt, eat, clean then sleep and start all over again, they do not constantly hunt for food, so why all the begging? In this article we will look at all the possibilities of why your cat is always begging for food, even though he’s finished his meal, or sometimes even when there is still food in his bowl. 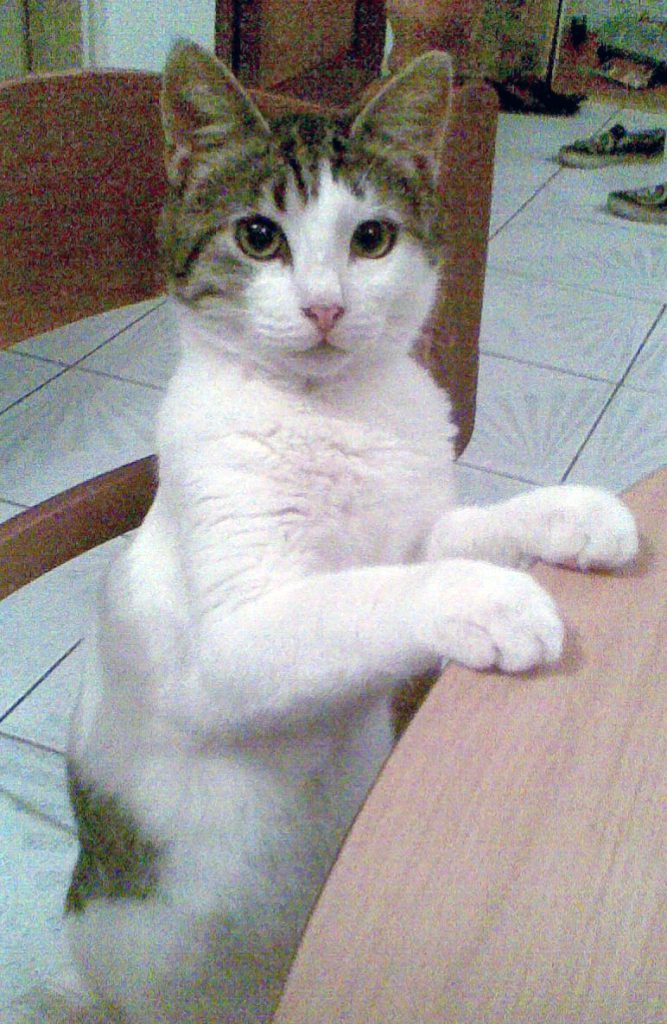 1. Begging For Food When There Is Food In His Bowl.

One reason a cat may be begging for food when there is still food in his bowl could be that he feels it isn’t fresh anymore, this is due to the fact that in the wild they eat fresh kill, and if your food has been out for a bit, he may just consider it not fresh now. Having said that, try mixing it up a little with your finger, shake the bowl, so he thinks there is now more fresh food about. Moreover, if you remove the bowl after your cat eats this may help, then when he begs for food again you can offer him the unfinished food, only if it is dry food as this doesn’t go off like wet food.

Another reason a cat may be begging for food even though his bowl is half finished could be to do with his whiskers. If you have a deep food bowl, when the cat gets down to a certain depth then his whiskers may start to touch the sides of the bowl or food, leading to him to stop eating.  In addition, a cat on medication for a health condition can lead to polyphagia. This sounds silly, but he may just not be comfortable eating while his whiskers are touching something, to remedy this try getting him a shallow bowl, but with a larger diameter, sometimes something as trivial as this can work.

2. Begging For Food When There Is No Food In The Bowl And He’s Eaten.

A cat that is begging for food if his food bowl is empty could just be that he didn’t get enough, although that is probably unlikely, so we have to look at other possibilities, and it could be behavioral or even medical. First of all, it is easy to forget he is growing, if he isn’t a full grown adult yet, so you may just want to re-check the quantities specified for your cats weight and age, because he may just simply be hungry. Once you have ruled that out, check that you are spacing his meals at regular intervals, as some owners that work odd hours may be feeding their cat when it suits them, the trouble is it may not suit your cat. 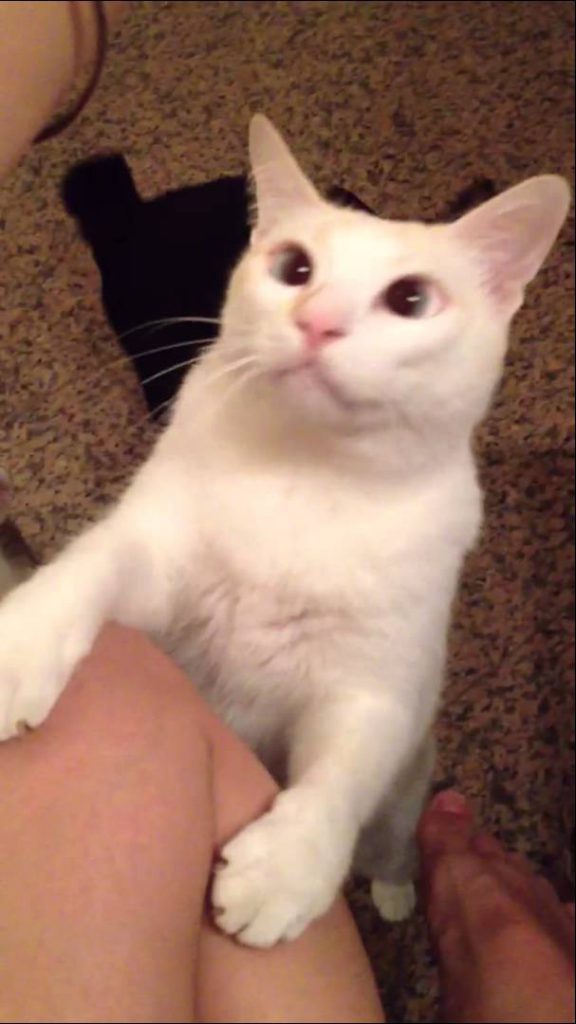 Sometimes there is an underlying cause why your cat is constantly begging for food, and one such cause could be inactivity. If your cat does not get a large amount of activity throughout the day then he could become a little lazy, leading to food begging, which in turn can lead to obesity and other health issues. Making food time fun is an option that is recommended, try playing with him ten minutes before each meal time, this can have the effect of hunting in the wild as they expel a lot of energy stalking, and hunting prey and he may be less prone to begging after meal time.

3. Health Conditions That Can Lead To Kitty Being Constantly Hungry.

In most cases, cats that constantly beg for food have an underlying condition of some sort, and in many cases it could just be a health condition. One common condition that makes a cat seem hungry constantly is worms, and although none of us want to admit that our cat could have this condition it is more widespread than you may think, but it is treatable. Worms can be contracted from various places, especially if your cat likes playing outdoors or having sleepovers. That said,  your vet can quickly determine if he has worms, and it is a relatively easy process to treat and affordable, usually in the form of an oral medication.

Feline diabetes can be another cause of a ravenous appetite, scientifically known as diabetes mellitus, whereby the cat’s body doesn’t use insulin correctly or doesn’t produce enough insulin. Diabetes mellitus can be identified, again by a vet, performing blood tests and a physical examination with lab tests, and is also treatable. Signs you can look out for as the owner can be excessive urinating, excessive drinking, as well as the constantly begging for food, in which case you should make a vet appointment as soon as possible. Moreover, you may find even though your cat is eating very well, he may be losing weight, which is another sign of diabetes. 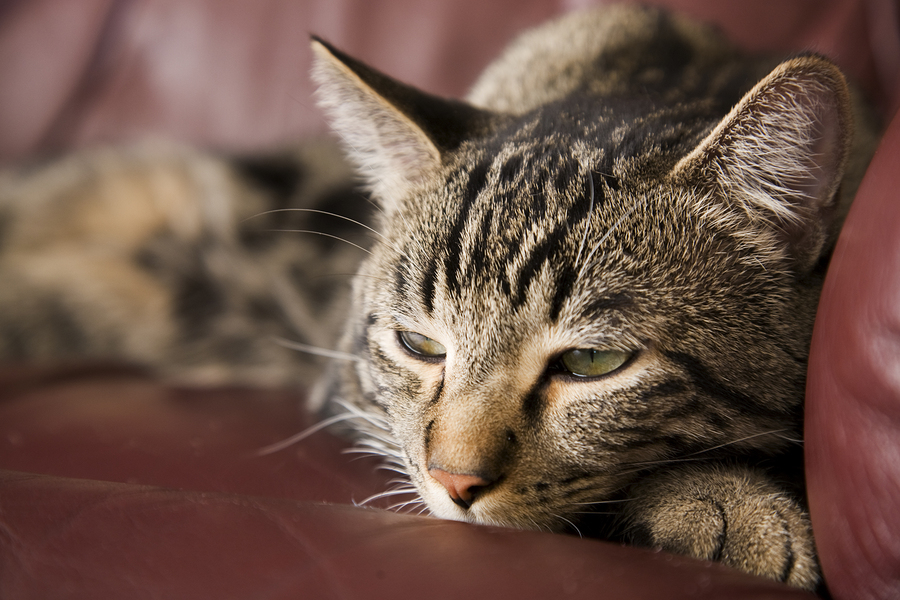 Other health conditions that may lead to polyphagia could be Acromegaly, which is a growth hormone excess generally resulting from a tumor in the pituitary gland, cushing’s syndrome, hyperthyroidism, inflammatory bowel disease and even pregnancy in female cats. Virtually all health conditions can be either treated, cured. or manageable due to the advance of medical science, and your vet can be your best friend in finding the cause behind your cats polyphagia. Your cat begging for food constantly may at first seem like a natural thing, but the reality is there is always a reason behind something that is unnatural, and it could be something as simple as a behavior that has been learned early on.

Another point to mention regarding polyphagia is that it could just be old age, as many cats get older they develop what seems to be an extra appetite and require more food. A pregnant cat will also require more food than usual, because of the kittens inside her taking much of her nutrients as they grow. It is important, if you notice anything different or out of place with your cat, as well as the begging constantly for food, to bring it to your vets attention, as it may help him diagnose a problem quicker, even if you think it may not be worth a mention.

19 thoughts on “Why Is My Cat Always Begging For Food Even Though He Gets Fed Regularly?”