Many people, especially those that don’t own a cat, do not even realize how much a cat actually sleeps, and many think a cat is lazy, because they often see them sleeping throughout the day. Having said that, a cat actually sleeps around 16 hours per day, some require more, up to 20 hours per day, while others may require less. Observing these endless hours of sleep is the reason why owners ask themselves the question ‘Why does my cat sleep so much?’ It’s certainly not because they are lazy, in fact, there are some very good reasons why cats sleep so long. Let us take a deeper look into the lives of cats, and why they sleep so many hours in a day, this way we will understand more about a cat’s sleep and how important it really is.

Why Does My Cat Sleep So Much – Typical Reasons

1. Mostly Snoozing Rather Than Sleeping

Although the majority of the day is seemingly spent sleeping, our cat is more than likely just snoozing most of the time, not fully asleep, but resting with enough alertness to wake up at a moments notice. You may have noticed a cat seems to be asleep, yet has his eyes fractionally open, or his ears are still twitching listening for sounds, a bit like the saying “sleeping with one eye open”, you may have noticed some cats even seem to be asleep while sitting. However, they do fall into deep sleep too, that’s when you notice that both eyes are shut tight, or they may have their tail over their face, and some may even snore, yet both types of sleep, dozing and deep sleep is essential to the cat. 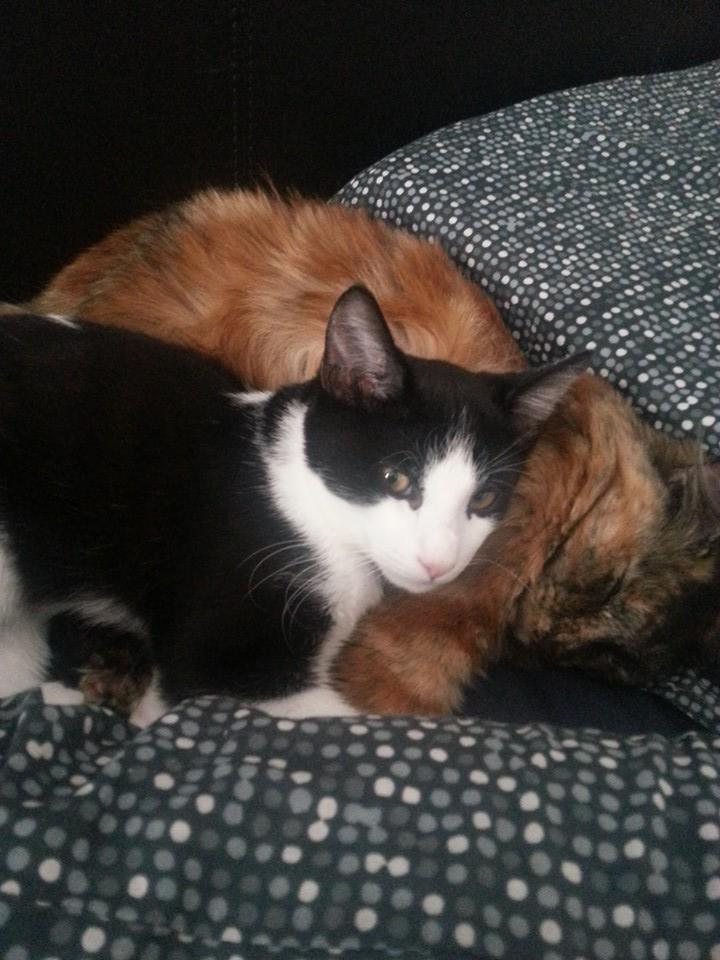 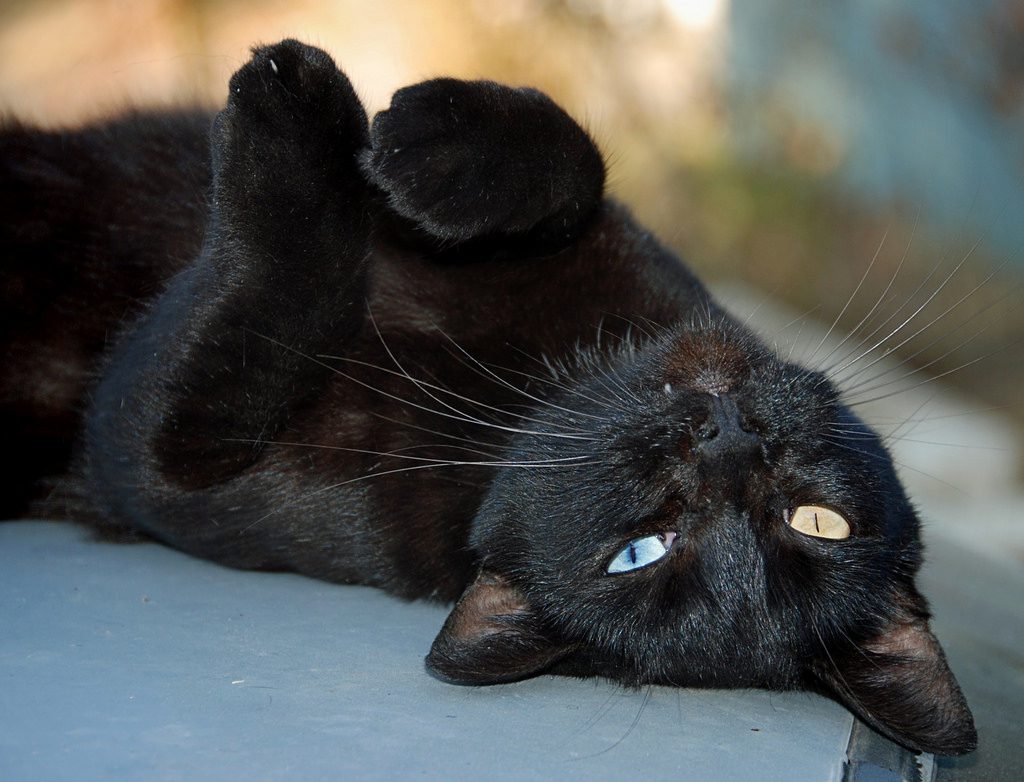 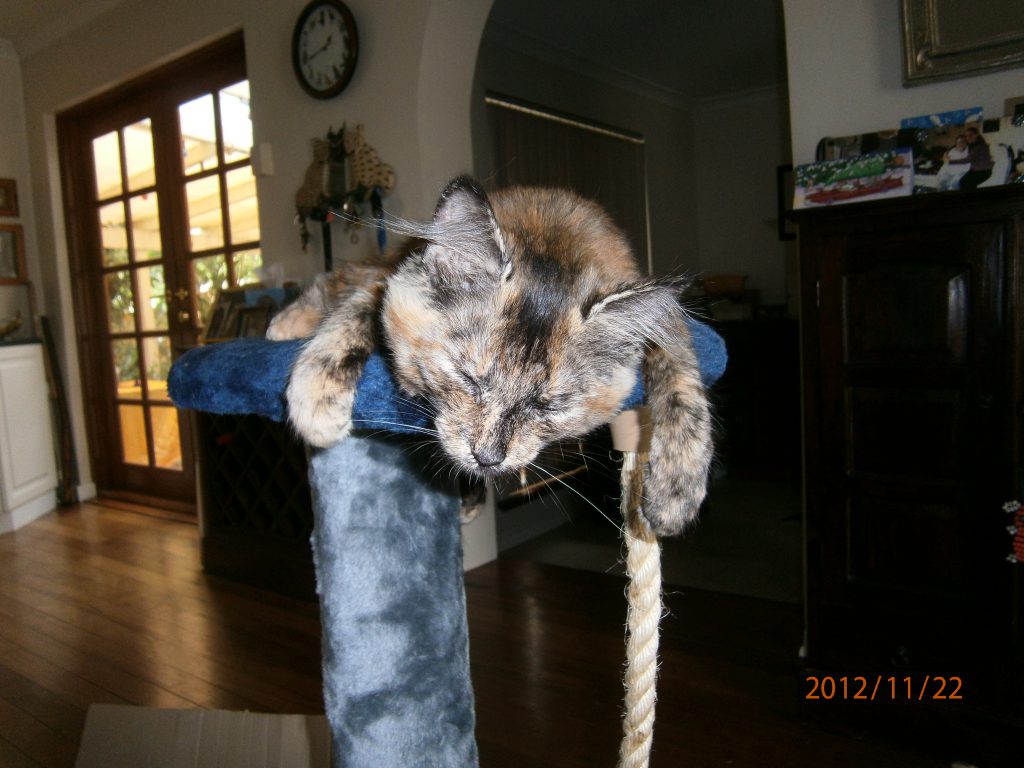 As well as age and hunting, there are a few other reasons our cats may be sleeping longer than usual and we will look into those reasons next.

When your cat is bored, he will tend to nap or sleep more, especially if he is left alone for long hours during the day. Moreover, a bored cat will sleep much more than an active cat, which is why you should allow him to entertain himself when left alone with some interactive toys, and maybe a climbing tree for exercise. Another cat can alleviate any boredom, or alternatively you could get him a battery operated toy that moves on its own, like a mouse or other imitation animal, which also allows him to hone those hunting skills. 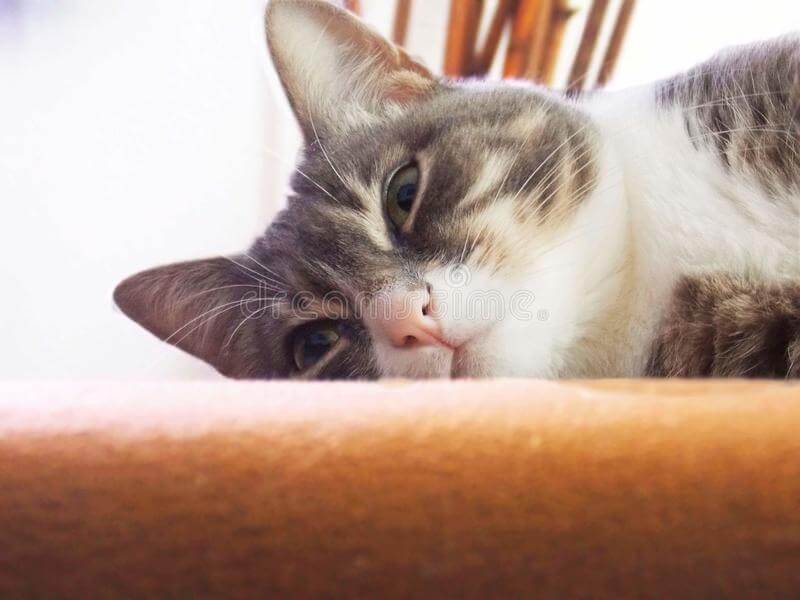 5. Illness Can Play A Role In Our Cats Sleep Pattern

If your cat seems to be sleeping even more than usual, pay attention to him when he is awake, he should be running around, and playing with toys and generally having fun. If he is tired, and lethargic even when awake, this could be a time for a visit to the vet as some illnesses can be spotted this way initially. Hyperthyroidism, and anemia can cause your cat to become lethargic and sleep more than is necessary, and it’s always a good idea to err on the side of caution.

6. Obesity Can Lead To A Lazy Cat That Sleeps

Having a cat that is overweight can be seriously disruptive to his energy levels, especially when compared to an active cat that is of the correct weight. An obese cat means those extra pounds in weight really slows him down, leading to even more obesity, which can eventually lead to many health problems arising. If you have an obese, or overweight cat then speak with your vet to discuss putting him on a special diet, so he can lose the excess weight gradually in a safe way over time. 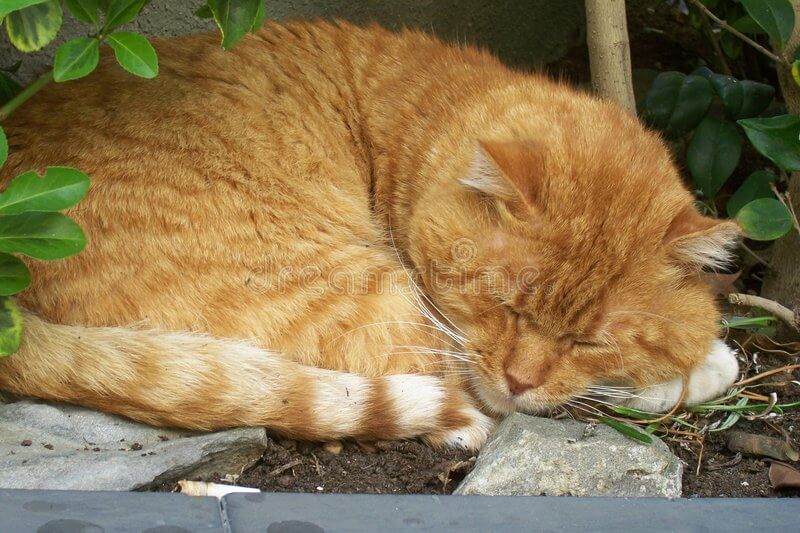 Many cats sleep for very long hours, two thirds of the day to be more precise, but many cats can also fall into the schedule their owners have. Be sure to keep your cat active when he is awake with toys that he can play, and interact with and make sure he has something to climb, as well as a good scratching post. Moreover, keeping to the specific food measurements will ensure your cat doesn’t become obese, and stays healthier for longer. Having said that, now that you know some of the reasons your cat may be sleeping all the time, you can now rest easy knowing that it actually may be for their own overall health and growing needs

16 thoughts on “Why Does My Cat Sleep So Much? 6 Reasons That May Surprise You”