This is a good question from those who have never owned a cat, but is considering getting one for the very first time. However, the answer to male cats vs female cats is not as straightforward as you would think. Having said that, in order for you to come to the decision of what cat to get, you need to consider a whole range of things. Moreover, each cat is different, so let us take a closer look at both sexes to see if we can narrow the decision down, or at least give you a bigger picture, so you can make an informed decision on whether to go for a male cat or a female cat. 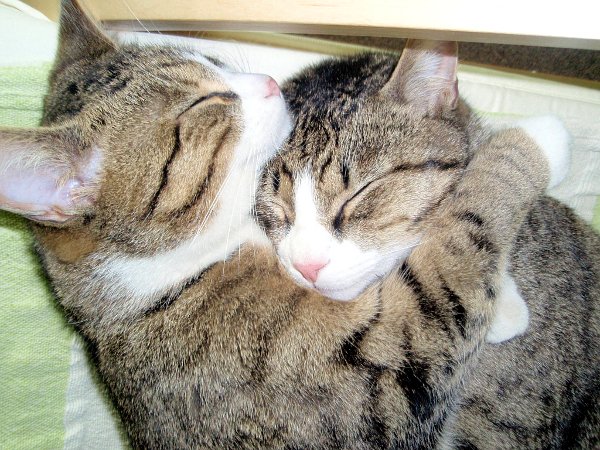 There hasn’t been a great deal of research into the topic of male cats vs female cats, and which one would make the better pet, but many cat owners have shared their opinions on this topic over the years, and even then it’s still not a straightforward answer. There are cat owners that say male cats are better while other cat owners will say female cats are better, then there are some that say there is not much difference. However, there are big differences in the behavior and temperament of male and female cats that have been neutered, or spayed and we will look into these differences first.

Firstly, in order to show the difference between a cat that has been spayed or neutered, we need to look at the natural behavior of the all natural cat, before it has been neutered or spayed. A female cat in its natural state can come into heat at around six months of age, and have as many as three litters per year, that’s a lot of tiny feet! In short, a female cat spends most of her life in a maternal state, either getting pregnant, giving birth or rearing her young, so getting a natural female may not be for you for that reason alone. 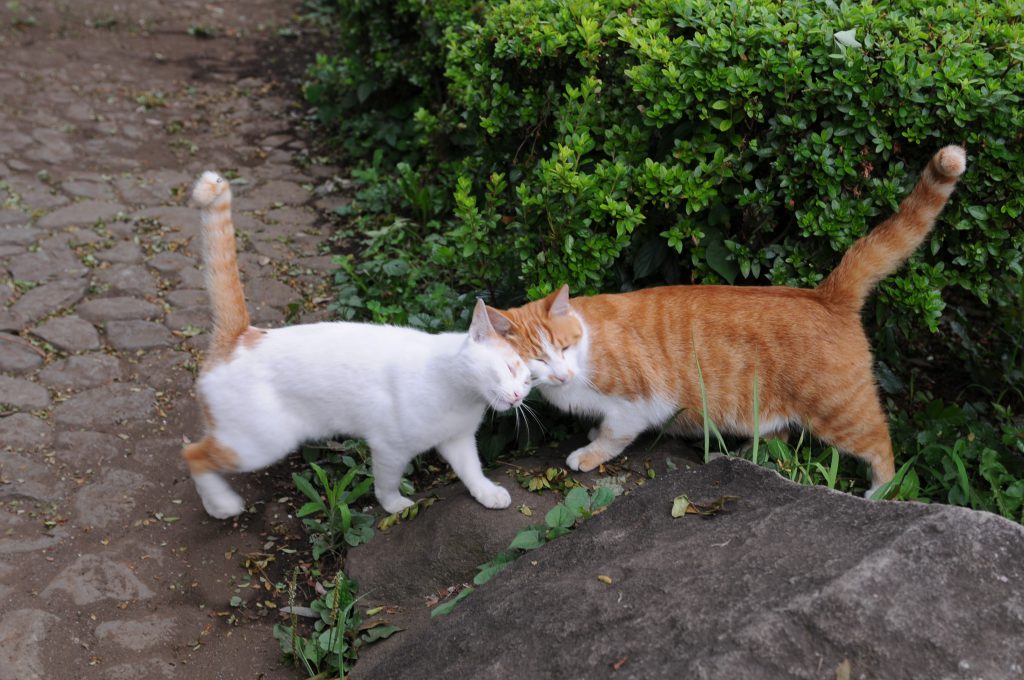 A natural male cat can have a large territory, and will wander far and wide looking for a mate, and they are generally more territorial and more aggressive, meaning they will often get into fights. Moreover, although both male and female cats spray, the males appear to do this more than the female, which isn’t too good if one of their spraying spots is your new couch. A natural female will more than likely be suited as a house cat than a natural male as the males do like to wander, although this also depends on how socialized they are with humans early on in life.

Now with a female cat that has been spayed, you will often find that all that loving, mothering, nurturing attention is diverted to the owner, sometimes making them the ideal choice. As an example our daughter has a female tortoise shell cat which is often very affectionate towards her but at other times feisty and unpredictable because of the breed. However, the same may be said for a male cat that has been neutered, at least the temperament anyway, because he may become much calmer, less aggressive and more attentive towards his owner. There are many things to consider, but it is generally recommended to have a cat spayed or neutered, and not just because it makes them more friendly towards their owners.

Every year hundreds of thousands of unwanted kittens, and cats are handed in to animal shelters, often to the point of the shelter being overwhelmed, leading to many thousands of animals being put to sleep. Spaying and neutering cats is automatic at shelters to help prevent keeping the numbers down of unwanted cats and feral cats in the neighborhoods. Having said that, if you are thinking of purchasing a new cat for the very first time, you may want to consider adopting one from your local shelter.

Purchasing a cat from a breeder

Another option for considering is buying from a cat breeder, this is particularly recommended if you are looking for a specific breed of cat. Moreover, if you decide to go for this option it is highly recommended that you buy from a well known, reputable breeder that specializes in the specific breed you want. Furthermore, this will also give you a good chance to ask as many questions as you like. That being said, you may even be able to tell the breeder what type of cat you want, whether it be a shy cat that likes a lot of attention, or a more adventurous and playful type. Keep in mind, that the breeder will know this because of being with them since birth, he will know the temperament of each cat or kitten.

Adopting a cat from a local shelter will definitely ensure that you are saving a kitten or cat’s life, as well as contributing towards the great work that shelters do every year. Moreover, the shelter will be able to give you lots of first hand advice, and tips as well as allowing you to handle some kittens, or cats and give you an idea of the temperament. Furthermore, this will let you know that your new cat is up to date on inoculations and medications if needed, as well as being spayed or neutered, as breeders generally will take care of these aspects before sending them home with their new human parents. 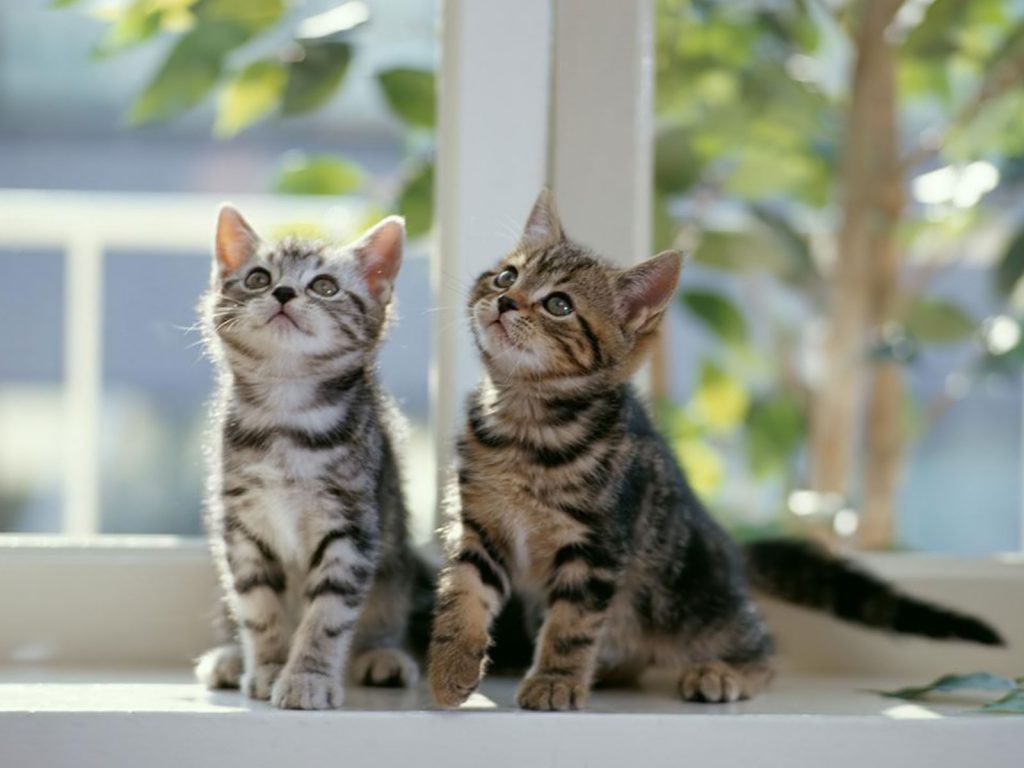 When it comes to determining if a male cat, or a female cat is better for you, there is no easy answer, but the information we have given you here should give you something to consider before buying a new cat. Each cat, whether it is male or female, has its own pros and cons, each one being an individual with its own traits, both good and bad. Even if you don’t decide to adopt a cat from a shelter, it is a good place to start looking and getting additional information from hands on people who deal with cats both male and female on a daily basis.

Finally, before you decide on which cat to buy, whether it be male or female, you should consider making a checklist of some things to buy for your cat. Many first time buyers do not always consider this before buying a cat, but you should purchase a litter tray and cat litter, some toys, especially some with feathers on a pole to encourage interaction and a scratching post/climbing tree, so your new cat doesn’t use your curtains. One should also buy a good quality cat food, and please do not opt for the cheapest, as cats do not eat much, so it is worth buying very good quality food, as they will be more healthier for it and even live longer.

There is often very heated debate on this controversial topic with very different opinions being aired. The 3 cats that I have owned over a 30 year period have been male cats and they have all been great pets. However we did keep our son’s cat Lily at our house for a year and she was very loving and affectionate to us in that period. I will welcome comments on this matter from my readers in the comments section below

33 thoughts on “Male Cats vs Female Cats – How Do I Determine Which Is The Better Pet For Me?”